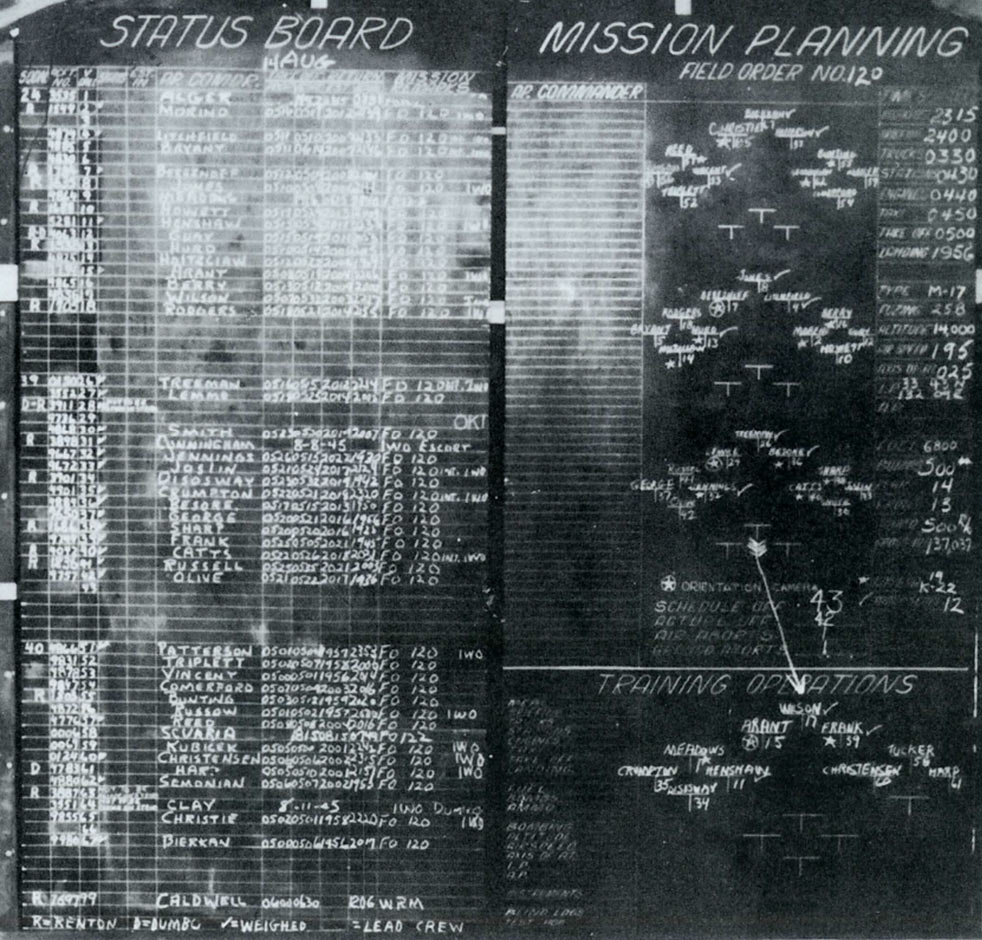 In the early days of the post-war era the Sixth remained on Tinian as a part of the 313th Wing. Training and so called “snooper” missions to Japan were the only flying activities. The Group Commander was Lt Col T. W. Tucker; the Deputy Commander, Lt Col Jack E. Cunningham. Other key positions underwent many personnel changes as officers and men were returned to the U.S. under the point system. With the addition of months of service as a rotation factor in December, greater numbers were eligible to go home. Many combat crews flew their ships home on the various Sunset Projects. In January 1946, the Wing, including the Sixth, was ordered to Clark Field on Luzon in the Philippines to become a part of the 13th Air Force. The first airplanes moving to Clark Field took off on 28 January. Others followed in the next few weeks. The ground echelon was scheduled to move late in February.

EDITORS NOTE | The story of the Pirate’s Log is included in the Bill Webster Photos video on our website:  VIEW VIDEO

TO PURCHASE THE PIRATES LOG | The 6th Bomb Group Association offers high quality lithographic prints (using the original negatives, shortly after its formation in 1984) of the Pirate’s Log for $30 per copy.