Lessons of War: Were Atomic Bombs Necessary To Win The War?

HomeLessons of War: Were Atomic Bombs Necessary To...

Lessons of War: Were Atomic Bombs Necessary To Win The War? by Ed Vincent 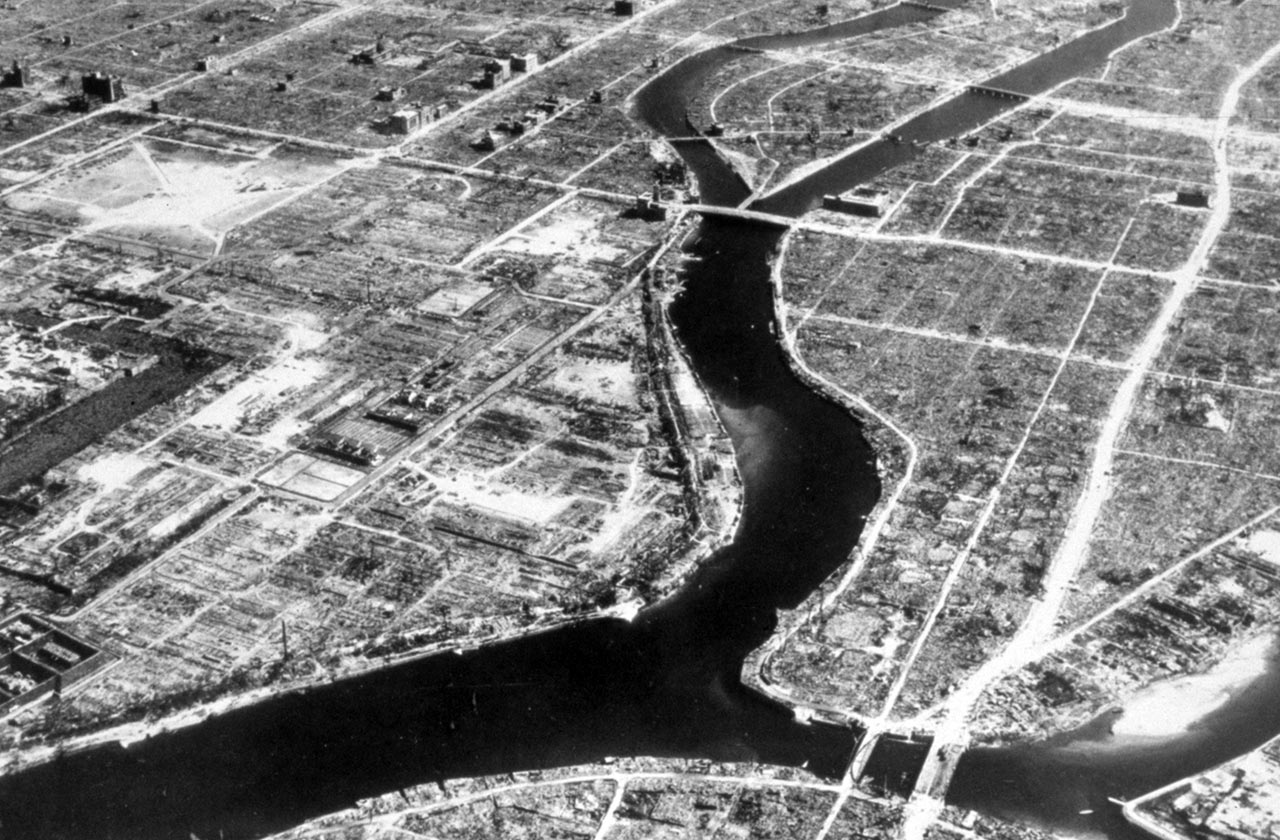 U.S. interrogation of Japanese government and military officials immediately following the end of the Pacific War confirmed that the atomic bombs dropped on Hiroshima and Nagasaki were militarily unnecessary and did not influence Japan’s decision to surrender. That decision had been made two months prior in June 1945 following seven months of massive, crippling conventional B-29 bombing of the Japanese homeland. Infighting on terms within Japan’s Supreme War Council stalled the surrender process while the nation’s public vow to “fight to the death” remained. Faced with launching a bloody, protracted amphibious land invasion of Japan, with an estimated loss of 1 million American lives, President Truman opted to use his new weapon to end the war quickly and save lives on both sides.

At war’s end in September 1945, President Truman commissioned the United States Strategic Bombing Survey (USSBS) for the Pacific War, undertaken by a “blue ribbon” team of civilian officials and 1150 American experts headquartered in Tokyo with the purpose of obtaining an impartial and expert study of our aerial attack on Japan. The extensive survey secured principal Japanese records and interrogated top Imperial Army and Navy officers, Government officials, industrialists, political leaders and their subordinates. The survey concluded that likely prior to November 1945 “Japan would have surrendered even if the atomic bombs had not been dropped, even if Russia had not entered the war, and even if no [Allied] land invasion had been planned or contemplated.”

By June 1945 Japan had been defeated militarily and was defenseless. What was left of its Navy and Air Force was virtually inoperable due to lack of fuel. U.S. submarines and B-29-dropped mines had destroyed most of its merchant fleet severing Japan from oil and raw material imports to which its military was fully dependent. Massive, sustained conventional and incendiary bomb attacks by up to 800 B-29’s over the prior six months had fatally crippled Japan’s war machine, military industry and economy. Incendiary raids destroyed 66 cities, burning on aggregate 40% of the built-up areas to the ground. 51% of the capital city of Tokyo was leveled. 30% of urban houses in Japan were destroyed, leaving nearly 9 million homeless. Food was in short supply. The Japanese were subsisting on sub-starvation diets.

The USSBS quoted Former Prime Minister Fumimaro Konoe confirming “the thing that brought about the determination to make peace was the prolonged bombing by the B-29s.” Koichi Kido, Japan’s Lord Privy Seal and close advisor to Emperor Hirohito stated “our decision to seek a way out of this war was made in early June before any atomic bomb had been dropped and Russia had not yet entered the war. It was already our decision…I personally think that the war would have ended prior to 1 November as every effort was being exhausted to terminate the war.”

WHY ATOM BOMBS WERE USED

The Survey revealed great dissension among the Japanese Supreme War Council regarding terms of surrender. Three of its members, the Prime Minister, Foreign Minister and Navy Minister were prepared to accept unconditional surrender as demanded by the U.S., U.K. and China in the Potsdam Declaration of July 1945. The Army Minister and Chiefs of Staff of both services, favored continued resistance unless surrender was conditioned on retention of the Emperor at the head of government. The military “hardliners” believed the otherwise pending Ally land invasion of Japan would inflict so many American casualties that the U.S. would relax its demand for unconditional surrender in negotiating peace. The result was the Japanese government appeared to ignore the Allied declaration and the Empire’s public vow to “fight to the death” remained unchanged.

Retaining the Imperial government was totally unacceptable to Truman and the American people who wanted total victory. In lieu of Japanese surrender, the U.S. faced a prolonged air war and protracted land war of the Japanese homeland, predicted to take at least one year, 1 million American lives and as many as 10 million Japanese lives. The Imperial government planned to conscript 28 million Japanese citizens into the military as a guerilla force to fight the land invasion should it become imminent.* President Truman elected instead to use his new weapon to end the war quickly and save many lives on both sides. 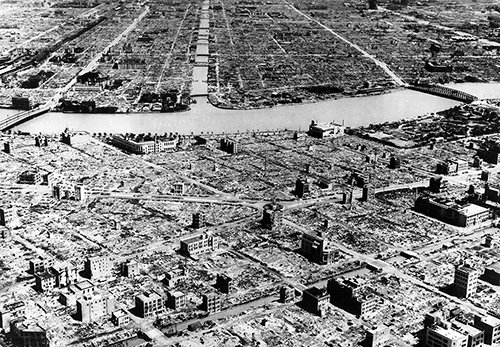 Hiroshima after the fire-bombing

IRONIES OF THE SURRENDER

According to the USSBS, when word initially reached the Supreme War Council of the Hiroshima bombing, the general belief was it was no more than another B-29 incendiary bombing mission, which in this case destroyed four square miles of the city. As most city buildings in Japan in 1945 were wooden structures and highly flammable, the destruction caused by the atomic bombs looked eerily similar to that caused by prior conventional incendiary bomb missions.

The USSBS estimated the damage and casualties of the Hiroshima atomic bomb were equivalent to that of “220 B-29s dropping 1200 tons of incendiary bombs, 400 tons of high-explosive bombs and 500 tons of anti-fragmentation bombs.” Ironically, most of the prior B-29 incendiary raids on Japanese cities involved far more aircraft and greater incendiary bomb tonnage than this equivalence, each leveling more city area than that of the Hiroshima atomic bombing. The March 9 incendiary bombing raid of Tokyo alone burned 15 square miles of the city to the ground with 282 B-29’s.