OUR MISSION. To preserve the history and lessons of the Pacific War and the legacy of those who fought it for future generations to learn and appreciate. The Pacific War-War over Japan was fought from bases in the Marianas Islands, Tinian, Saipan and Guam, during the Pacific War of WWII 1944-45. The 6th Bomb Group along with other B29 Army Air Corps groups were responsible for ending the war through devastating mining, conventional, incendiary and atomic bombs dropped on Japan, including Tokyo, Hiroshima and Nagasaki.

Read about the tragic crash of 6 of the “Snooky” Air Crew in a replacement plane, and rare letters Home from Lt. Llyod Rinne, Snooky Navigator, detailing Life on Tinian Island.

Fighting for Our Lives, Our Freedom, Our Future.

THE B-29 BOMBING MISSIONS | A 33 minute original documentary of First Lieutenant, Ed Vincent, a B-29 aircraft Commander. This is a very human overview of the experience of flying B-29 bombing missions during the Pacific War / War Over Japan in 1945. 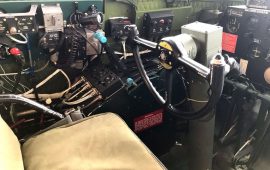 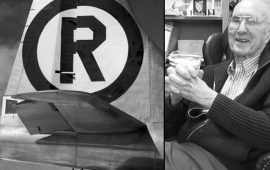 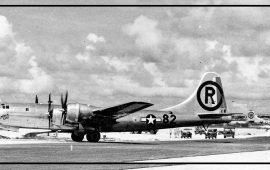 Who is the 6th Bomb Group Association?

The 6th Bomb Group Association was formed by Officers and enlisted men of the Army Air Corp 6th Bomb Group to annually reunite its veterans who served during WW2 in the Pacific War of 1944-1945. Now, we connect members of this organization, create educational materials, and provide a Scholarship Fund for the education of descendants of the 6th Bomb Group.

The Group was based on the island of Tinian during WWII and participated in the war effort against Japan during 1944-45. They were apart of the bombing campaign that finally brought an end to the war. Although many lives were lost – on both sides – these efforts saved the millions of lives that would have been lost in an invasion of the mainland. While originally formed to connect participants of this campaign, the 6th Bomb Group soon evolved to include their multi-generational families yearning to learn and preserve its history and veteran war experiences. While the number of veterans has diminished, the Association has remained vibrant and committed to accurately preserving the rich history and lessons of the war and making that history through our archive readily available to future generations. IF you would like to support our efforts, please consider donating. Or, if you were a member of this campaign, please get in contact with us.

What made the 6th Bomb Group so special?

The 6th Bomb Group was the most celebrated of the bomb groups and most feared by the Japanese people. The super-secret Enola Gay, the B-29 that dropped the atomic bomb on Hiroshima, flew as a 6th Bomb Group airplane (Circle R tail marking). Our site includes two very special custom videos that tell the story of the B-29 bombing experience and super-secret atomic bomb missions.

What is the mission of the 6th Bomb Group Association?

The purpose of the website is to “preserve the history and lessons of the Pacific War and the legacy of those who fought it for future generations to learn and appreciate”.

What time period of the war does this site cover?

The site covers the Pacific War from Pearl Harbor through the dropping of the atomic bombs, including the critical contribution of the home front, the lessons learned from the war (applicable to today’s world), even war history and experience from the Japanese perspective. The site includes excellent content covering the most studied of Pacific War topics in most high school curriculum. 6thBombGroup.com is an under-representing name for the content of the site.

Who are you trying to reach?

Our primary target audience is teachers and students, particularly the new 4 million high school juniors taking U.S. History each year. We want teachers to assign reading on our site and for each to consider 6thBombGroup.com as a go-to site for learning about the Pacific War, the war over Japan that ended it and the war’s lessons learned.

What make the 6th Bob Group’s Education so special?

Our site contains rarely seen first-hand accounts by the airmen, crews and officers who fought it. It is the accurate history, not interpreted, revised or colored by modern day historians and educators. The site includes articles, stories, letters and videos that are unique and can be found nowhere else.

How can we contact you about your 6th Bomb Groups’ Education?

Please feel free to reach out to us at any time with any questions you may have on our education materials about the Pacific War from Pearl Harbor through the dropping of the atomic bombs. Please visit our contact page for all of our contact information. We look forward to hearing from you.