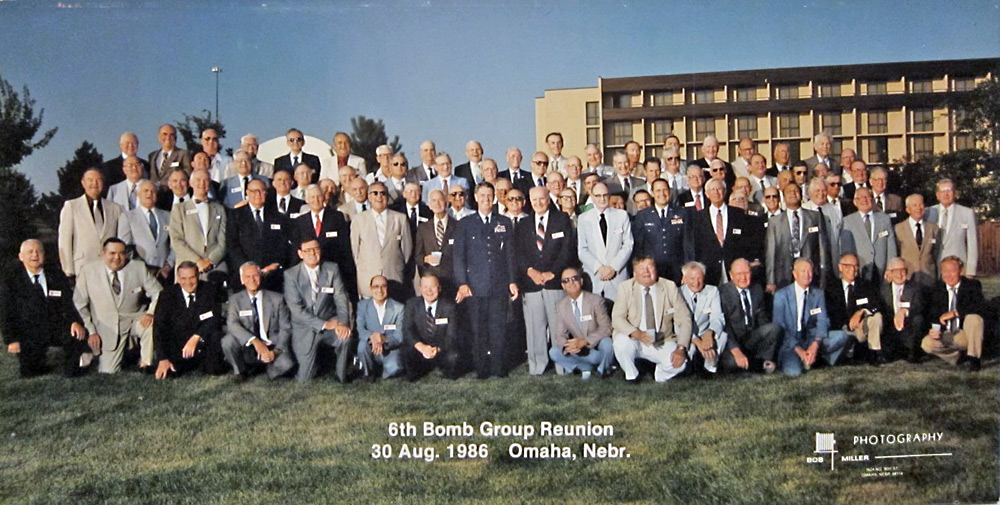 Sep 11-15, 2019 – Everett, WA
The highlights of this reunion included a tour of the Boeing 787 Assembly Plant in Everett, a special interior tour of a restored B-29 on display at the Museum of Flight in Seattle and a B-29 history presentation by David Loffing, Boeing Chief Project Engineer, Commercial Airplanes.

Oct 17-22, 2018 – Boise, ID
This reunion had several highlights, including a tour of the Mountain Home Air Force Base and the Warhawk Air Museum. We were joined by Lt. Col. John Barry and the “Rowdy Rebels from the Air Force Academy.

Nov 8-12, 2017 – Galveston, TX
This reunion had several highlights, including a tour of Galveston, the Lone Star Air Museum and a presentation to the local ROTC class.

Sep 21-25, 2016 – Treasure Island, FL
There is a video of the vets sharing their recollections on YouTube.

Sep 9-15, 2015 – Portland, OR
There is a video of the vets sharing their recollections on YouTube.

Sep 25-28, 2014 – Baltimore, MD
This event was again hosted by the Ritter and Webtster families. There is a video of the vets sharing their recollections on YouTube.

Oct 3-6, 2013 – Milwaukee, WI
Details were posted in the June 2013 Newsletter.  This event was hosted by the Ritter family and was the first time the Group had visited Milwaukee.

Oct 4-7, 2012 – Charleston, SC
See the June 2012 newsletter for details.  John Handy has made pictures of this available on Flickr.  There is a video of the vets sharing their recollections on YouTube.

Oct 29-Nov 1, 2009 – Las Cruces, NM
Took tours of the White Sands Missile Range, the Trinity Bomb Test Site, and the Farm & Ranch Museum along with several memorable meals, including lunch at the Owl Club and dinner at the Double Eagle Restaurant. The Group was also honored by the citizens of San Antonio and of Las Cruces, who dedicated a monument honoring the 6BG. John Creek, Jr. and his family (now residents of New Mexico) again hosted this event and handled the arrangements for the events, including making many visits to AF security to obtain the necessary clearances for the trip to the Trinity Bomb Test Site.

Oct 23-26, 2008 – Midland, TX
Took a tour of “Fifi,” the Petroleum Museum and enjoyed the hospitality of the people of Midland, including a Texas barbecue.  The event was hosted by John Creek, Jr., a resident of Midland, who also handled arrangements for the events.

2007 – Washington, DC
Visited the Smithsonian and the “Enola Gay.”

2006 – Wichita, KS
The group unsuccessfully tried to take a tour of “Doc,” but had a nice tour of the new Wichita Air Museum.