Organization of the 6th Bomb Group

HomeOrganization of the 6th Bomb Group

Organization of the 6th Bomb Group 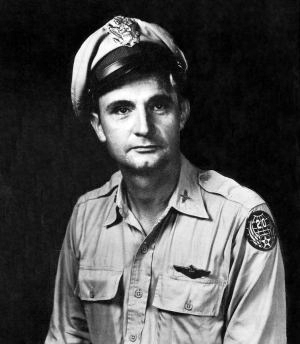 The 6th Bomb Group played a significant role in winning the war against Japan. This was due not only to the bravery of the air crews, but to the tireless efforts of the folks on the ground. It is significant that both of the Distinguished Unit Citations mention not only the risks involved in the missions, but the critical role played by the ground personnel. In the month of July, when all eyes were focused on the War in the Pacific, the 6th Bomb group led the Wing in hours flown and tonnage dropped, both in total and per aircraft. This kind of success required a constant, coordinated and dedicated effort by every member of the Group.

Each Bomb Group was supported by an Air Service Group (ASG), which handled the big repair and maintenance jobs. Each ASG included a Headquarters and Base Services Unit (HQ), an Air Engineering Squadron (AE), and an Air Material Squadron (AM). The 6th Bomb Group was supported by the 72nd ASG, which included the 535th AE and the 579th AM. They were located on the northeast corner of North Field. Most of the personnel in the ASG were formerly members the 6th BG. They were assigned to the ASG in an effort to centralize the maintenance function. The 72nd ASG included the following units:

Other B-29 Groups and Wings were located on Tinian, Saipan and Guam. They were all part of the 21st Bomber Command of the 20th Air Force. The 58th Bombardment Wing was originally part of the 20th Bomber Wing, which was deactivated in March 1945.

Additional Air Service Groups were assigned to the 21st Bomber Command of the 20th Air Force. They were located on Tinian, Saipan and Guam.

A CHRONOLOGICAL HISTORY OF THE 6TH BG

The Headquarters Staff was responsible for coordinating the completion of tasks necessary to accomplish the objectives assigned to the Group. This involved coordinating efforts both inside and outside the Group – cajoling, coercing, phoning, visiting, requisitioning and filling out endless reports and forms in triplicate. 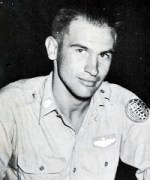 Lt Col Tucker was assigned to the, Sixth in July 1944, assuming command of the 40th Squadron. On 4 Mar 1945 he became Group Officer and on 25 May he was appointed Deputy Group Commander. He became Group Commander on 31 August and is serving in that today (1944). After two years at Ohio State he entered the Air Corps cadets and was commissioned a 2d Lt in the reserve 1 Feb 1939. A year later he was appointed to the regular Army. From 1940 to 1943 he served at various airfields in the U.S. and was director of training at Albuquerque AAB in August 1943 where he was promoted to his present rank. He is a graduate of the Command and General Staff school at Ft. Leavenworth and the AAF staff school in Washington. He is a rated B-29 aerial observer. 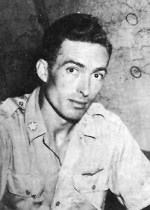 Lt Col Sowers was the 24th Squadron Commander from March to June-1945 when he became Group Operations Officer.

Receiving his wings and commission in May 1941, he joined the 11th Bomb Group and served with this group in Hawaii and the Southwest Pacific where he flew forty-six combat missions. He returned to the U.S. in Feb 1943; joined the Sixth in April 1944. 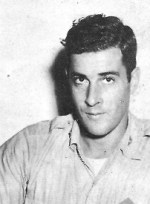 Lt Col Osborn assumed command of the 39th Squadron in May 1944 and served in that capacity until after V-J Day.

He joined the Air Corps cadets in 1937 and was commissioned a year later. From 1941 to 1943 he was a B-17 pilot in West Coast anti-sub patrol. Following that he was assigned to the B-17 training program. 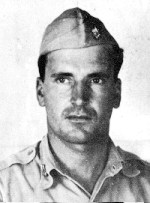 Lt Col Dixon, the only ranking officer of the Sixth lost in action, was missing after the 9 July mining mission.

He was commissioned in the Regular Army after entering the cadets in 1937. He had served in the Caribbean Area before joining the Sixth as 40th Squadron Operations Officer. He became Squadron Commander on 4 March; was promoted to Lt Col 14 May 1945. 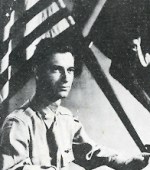 Lt Col Kenzie was graduated from West Point in 1938 and won his wings at Kelly Field a year later.

For over a year he was director of training at Lubbock AAB. Lt Col. Kenzie became 313th Wing Intelligence Officer 25 May 1945 after serving as deputy commander of the Sixth for thirteen months.

Before entering the Army he attended Hardin-Simmons University in Texas, his home state. He had been a squadron commander and an engineering officer prior to his joining the Sixth. 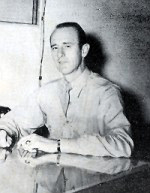 Lt Col Cone joined the Sixth as Group Executive Officer while the Group was at Dalhart and served in that capacity until March 1945.

He enlisted in the Army in 1935 and was commissioned in the reserve corps in 1939. He bad a record of four years as an administrative officer prior to joining the Group. 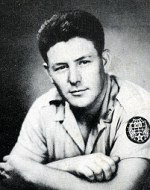 Tatum joined the Sixth at Dalhart in April 1944 as 40th Squadron Executive Officer and was appointed Group Adjutant in July.

In civilian life, Major Tatum was a lawyer and held a commission in the officers’ reserve corps. He became Group Executive Officer 12 March 1945. Since his return to the U.S. he has been promoted to Lt Col. 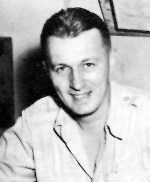 The Major was a newspaper editor at North Platte, Nebraska in civilian life, and entered the Army in 1942. For his work during the war he was awarded the Bronze Star Medal. He was Group Executive Officer in October and November 1945, returning to the U.S. in December 1945. 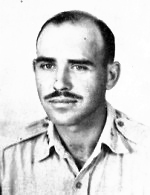 Capt Deterding was assigned to the 40th Squadron as an aircraft engineering officer at Grand Island in September 1944.

In May 1945 he was appointed Group Maintenance Control Officer and held that position until the end of the war. His services in coordinating B-29 maintenance earned him the Bronze Star Medal, awarded in September 1945.

PHOTO: PFC Eugene A. Lenschmidt is in the middle of the back row, arms behind his back. The Commanding Officer, Second Lt George J. Ginosvky, is in the middle of the first row. Service personnel were apparently assigned to different squadrons. The 22nd Photo Lab was attached to the 6th Bomb Group and are responsible for many of the original photos on this website.

NAMES OF THE AIR CREW FOR THE 22nd PHOTO LAB: