The Path to Becoming a B-29 Pilot – Ralph C. Wilson

HomePacific War HistoryThe Path to Becoming a B-29 Pilot –...

The Path to Becoming a B-29 Pilot – Ralph C. Wilson 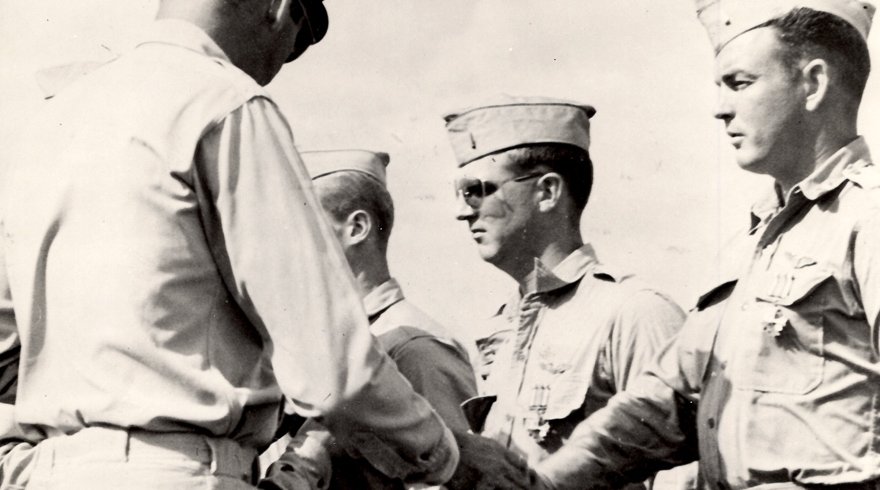 The Path to Becoming a B-29 Pilot

The path to becoming a B-29 pilot was challenging especially when your instructor falls 4,000 feet out of the airplane. It is a story with a happy ending, and I will get back to it soon. First, some background about my father and how he arrived in that predicament.

Dad’s early interest and experience in the military began at the end of 1932 when he enlisted in the Idaho National Guard at age 17 for approximately 5 years. On 16 October 1940 Dad registered for the draft just before his 25th birthday. In April 1941–November 1941 he enlisted in the Regular Army at Ft. McArthur in San Pedro, CA before being accepted into Army Air Corp Cadet training 8 November 1941. After Ft. McArthur and before Cimarron Field, Dad was at the Air Corps Flying School, Kelly Field in San Antonio, TX. 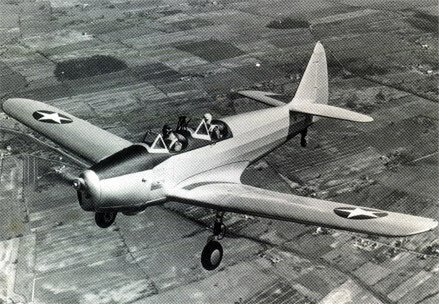 The Elementary Training for becoming a pilot began at Cimarron Field in Yukon, Oklahoma, which was one of 62 airfields that the government had contracted with in order to train the large group of men wanting to become pilots. Cimarron Field opened October 1941 with five grass runways and three auxiliary airfields which were changed periodically for emergency and overflow takeoffs and landings.

My Father was in the second class. Many of the cadets had come from West Point to receive instruction from the civilian instructors. There were not enough flight instructors at Kelly Field in San Antonio to accommodate the rush of new aspiring pilots.

Dad’s civilian instructor, George H. Dale, was 23 years old and came from Missouri. Mr. Dale was an excellent instructor and highly regarded with 1000 flying hours. The academic curriculum was rigorous and included engines, navigation, aerodynamics, aircraft structures, mathematics, and meteorology. The cadets also had link trainer instrument training and 65 hours of flight training including acrobatics where the cadets performed loops, Immelmann turns, slow rolls, half rolls, and snap loops. Most likely, the cadets had their first solo flight at about 5-10 hours into the class.

The most commonly used aircraft at Cimarron was a Fairchild PT-19, an open-cockpit aircraft, with wooden wings, and had a fuselage covered in fabric. Aluminum was saved for combat and transport. There was no electrical system, and someone had to start the plane by cranking the propeller. Communication was very primitive, as well, with a rubber hose and two earpieces connecting the instructor and the student.

You can read about it on the website, www.cimarronfield.com

On the final flight George Dale had an equipment malfunction, and his seatbelt came undone when he and my Dad were in the final phase of the acrobatics lesson. George Dale fell from the plane. Luckily for him, his parachute worked (his first parachute ride). Since it was the final lesson before graduation, Dad his final solo flight sooner than he had expected. The story appeared in newspapers in 40 states and on the front pages of many of them. It also was on the national radio.

An instructor at Cimarron field Thursday “played hooky” from one of his students—4,000 feet in the air—suddenly and without intent. During a series of “slow rolls” George Dale civilian flight tutor at the army flying school, just fell out of his inverted cockpit and used his parachute to land safely. But cadet Ralph C. Wilson of Twin Falls, Idaho, riding in the front cockpit, didn’t know he had dumped his passenger.

“I thought the plane got a little nose-heavy,” he said, “but when I looked back and didn’t see Dale, I thought he was just playing horse with me by crouching down out of sight in the cockpit. I went ahead and did a couple more slow rolls and a loop before I got worried. Then I throttled back the engine and took a good look. The back cockpit was empty.”

Student Wilson came back to Cimarron and landed, after searching vainly for his missing instructor. When Dale limped up, the muddy parachute dangling over one arm, the still non-plussed student stepped up and blurted: “Mr. Dale, where in the hell did you go?” It was the final check ride for Wilson, an upperclassman who graduated Thursday. Dale says he doesn’t know how the safety belt became unfastened.

Falling—Fast, too
“We had done several slow rolls, and everything was okay,” he said. “Then, on the next time around, I suddenly realized the plane was flying upside down above me, and I was falling fast. I pulled the ‘chute almost without thinking.” The instructor, whose home is St. Joseph, Mo, has 1,400 flying hours, and this was his first parachute jump. He probably won’t be eligible for the “caterpillar club,” composed of those aviators who have had to make a ‘chute jump to save their lives.
“I believe a technicality will keep me out,” Dale said. “I didn’t make the jump—I fell into it.”

A letter that Ralph Wilson sent to his sister about the experience:

Dear Sis:
Well I am leaving Oklahoma City quite a famous man. I put the name of Wilson on the front page of all the papers and on the National Radio hook up. I am known from Cimarron field to all the Gulf Coast training area. I am enclosing a clipping from the front page of the Oklahoma City paper. It gives a pretty good account of this incident.
Sis, I graduated from here yesterday and am leaving for San Angelo, Texas for my basic training Monday. They have cut our training time from 10 weeks to 6 weeks a Basic and Advanced. We are required to get in the same amount of ground school and flying as before. I guess we will be over Japan by July.
I am leaving here in pretty good shape. We lost from our original class of 139 down to 74 so you can see it was not cinch. Well, Sis, I must close and pack for the trip. Write me soon. I am glad you liked the picture. Tell Bill hello for me. I will write again when I get located.

My address will be:
Class of 42-7
Goodfellow Field
San Angelo, Texas
Love,
Ralph

In the letter Dad mentions that his class began with 139 cadets and 74 finished with a 53% drop out rate. Often there were fatalities in which cadets or their teachers or both were killed. According to Sixth Bomb Group co-historian Phil Crowther, “During WWII over 15,000 people were killed in training accidents and many more were injured.” Mr. Dale continued teaching at Cimarron Field and in San Antonio, Texas. His students revered him and referred to him as a “flying legend.” He died in Austin, TX in 1992 without having any other aviation mishaps.

Training from the PT-19 to the B-29: The training time was split evenly between ground school and flying instruction.

B-29’s
On 18 July 1944 he graduated to B-29’s. Before the B-29 no airplane had so many moving parts or as many complicated systems and structures making it the largest and most complicated airplane in the world. It was a complex machine to learn and required the best of the best to fly it. Going from a Fairchild PT-19 to a B-29 was quite a leap. 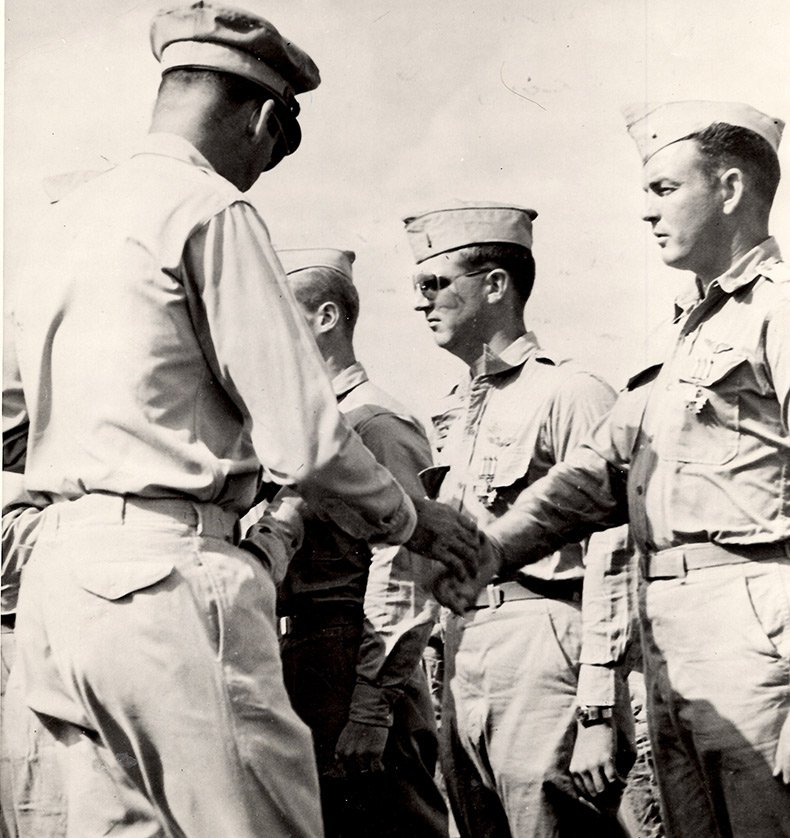 The Pilot’s Manual for B-29 Superfortress (AAF Manual No. 50-9) says that an airplane commander…is flying an 11-man weapon…

Your crew is made up of specialists, everyone an expert in his line. Each one contributes his important part to the whole. Know them as men as well as specialists… YOU can’t fly the B-29 by yourself. You need the full cooperation of your crew and you can get that cooperation only if the morale of your crew is good. You can help build that morale by taking the trouble to know just a little more than usual about your crew members. Find out who they were, where they lived, what they did before the war, and what their favorite hobbies, sports, and women are—it gives a man a considerable lift to have his commanding officer say something casually now and then about the town where he lived, his family…Make a point of letting each man take a short turn at the controls during practice missions while you or the copilot stand by on dual,” (page 7).

Dad flew 22 combat missions with the same crew except for swapping out one crew member. He had 2300 flying hours on the B-29 and 319.30 were combat hours. In late June 1945 he and his crew were selected to go to Muroc, CA for lead crew training in the event the war did not end soon.

Dad flew the last mission of the war and made some POW supply runs after Japan’s surrender. With his earlier National Guard experience, he had enough points to return to the States early on, but he and his crew decided to wait a month and return on a boat after witnessing another airplane commander and crew crash the White Mistress on Tinian on an aborted POW mission. They saw that as an omen not to fly it again. Even though, it was repaired and others flew it home to Mather Field, CA. On 7 November 1945 Dad returned to the States and to his wife and daughter. I don’t believe he ever flew a plane again. 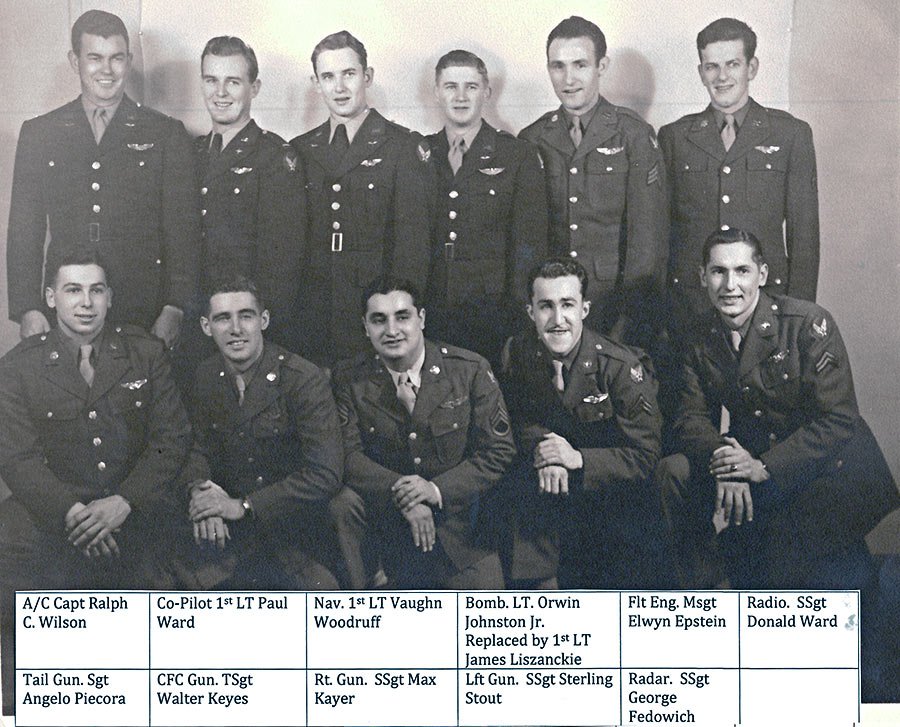 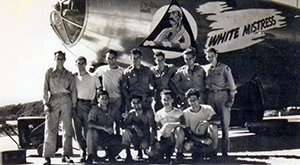 “Several months ago, I spoke to Mr. Mark Howard, Curator of the Cimarron Museum, and he told me that many WWII Veterans visited the museum. He had heard from them about one instructor losing his student and of one student losing his instructor but didn’t know any particulars. Mr. Howard was quite happy to learn more about the situation.”–Shirley Wilson Bates