HomePacific War HistoryANYONE BUT THE 6TH by Virgil Morgan, B-29 Engineer 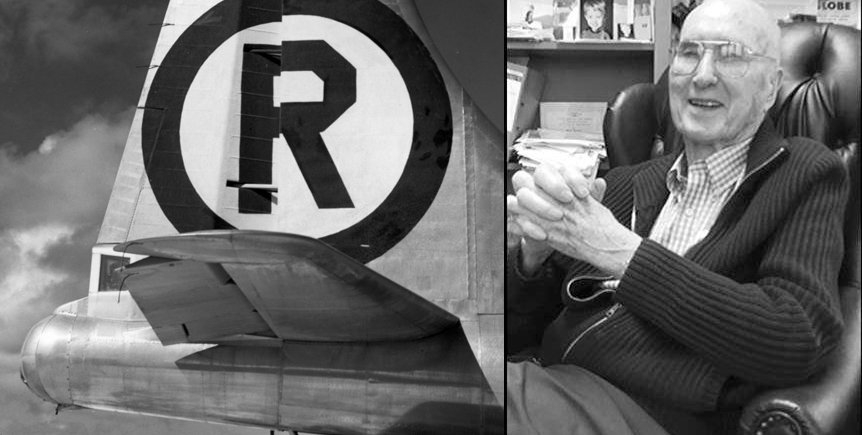 ANYONE BUT THE 6TH

Japanese Fear of the 6th Bomb Group by Virgil Morgan 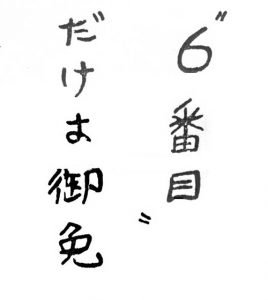 Translation: “Anyone but the 6th.”

After the Japanese signing of the surrender documents that ended the war in the Pacific the first of our troops began to roll down the streets of Tokyo. On poles and buildings they found printed posters and hand written notes with Japanese characters. The notes and the posters were taken to military intelligence and were translated. The meaning was “Anyone but the 6th.“

It took some time to decipher the exact meaning but it was found to be a reference to a Shinto prayer asking the gods to send anyone to bomb the homeland except the B-29’s of the 6th Bomb Group on Tinian Island. The tenacity and accuracy of the planes and the men of the 6th struck such terror on the island of Japan they had a special prayer begging for relief.

ANYONE BUT THE 6TH

Japanese Fear of the 6th Bomb Group by Ed Vincent

The Japanese reason for fearing bombers with the “Circle R” tail marking was well founded. The 6th was the top performing B-29 bomb group in the war over Japan. According to 313th Wing and 20th Air Force statistics, the 6th Bomb Group had the best record of bombs on target, as well as fewest abortions and losses.

Our superior performance, I believe, was due to two unique and related crew selection criteria. First, 6th Bomb Group Commander, Colonial Kenneth Gibson, picked all of his more than 45 B-29 Aircraft Commanders from small American farm towns you’ve never heard of. Farm boys had a head start in AC training from an early age in taking responsibility, making decisions and precisely steering large equipment in driving tractors for row crops, all necessary skills for B-29 piloting.

Second, his unwritten Group policy allowed any crew member to request dismissal of any other of his crew members to the Aircraft Commander for “any” reason, no questions asked, with the AC having authority and encouragement to make the dismissal. I personally experienced this on my crew where a Corporal Radar Operator achieved dismissal of our Lieutenant Bombardier. These policies created crew teams of optimal skill, crew compatibility and trust. There is no question in my mind that these high-grading policies, believed to be unique to the 6th Bomb Group, enhanced our collective mission performance.

Sergeant Virgil Morgan was a B-29 Engineer assigned to the 6th Bomb Group based on Tinian Island in the Marianas during the Pacific War. He flew 19 long range combat missions over Japan. Virgil served as a Board member of the Sixth Bomb Group Association from 1997-2012, including three years as President and three years as Vice President. He led the campaign to insure the Enola Gay was displayed with the “Circle R” 6th Bomb Group tail marketing when enshrined at the Smithsonian

At age 21, 1st Lieutenant Ed Vincent was a B-29 Aircraft Commander assigned to the 6th Bomb group based on Tinian Island in the Marianas during the Pacific War. He flew 32 long range bombing missions over Japan. A skilled pilot, Ed received two Distinguished Flying Crosses for the longest combat bombing mission and non-combat bomber missions of the war.