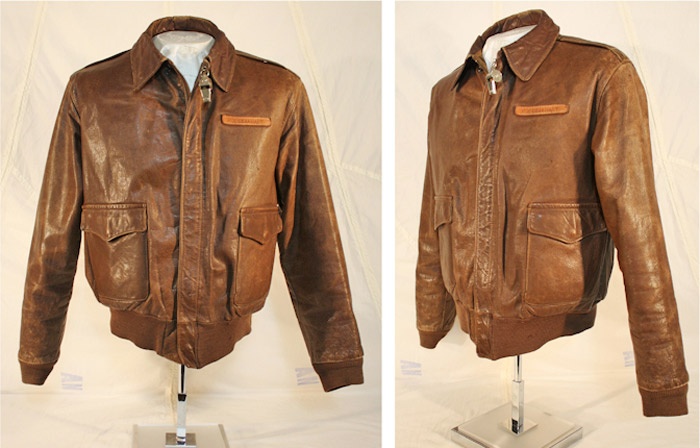 Phil Crowther addresses the oft-asked question about what colors were associated with the 6th Bomb Group.

Regarding Khaki vs. Blue: During WWII, the Air Force was still part of the Army (USAAF). The Air Force did not become an independent branch until 1947. However, khaki was not the only color worn by the Army. Enlisted men wore khaki, while officers wore olive drab jackets and khaki pants (“pinks and greens”).

Furthermore, as noted in an article in Air Force Magazine: “World War II had been a period of relaxed dress and appearance standards, particularly in flying units. Airmen crammed their earphones over their service caps to give them a “50 mission crush” and wore cowboy boots, scarves, and items borrowed from the British and other air forces. Their flight jackets sometimes sported garish artwork and their uniform combinations were more mix-and-match than regulation.” –Air Force Magazine, Jul 06, p. 84″

In all, during World War II the U.S. Aircorps and the U.S. Army Air Force incorporated a variety of over 65 individual colors, serving as different exterior and interior finishes, camouflage designs, markings, and individual aircraft identification.